Feeling kinda lazy lately + lots of other things to do = photo heavy blog posts here at Hitched and Stitched. Randy and I are currently in the process of taking back our lives (we’ll let you know when this has happened) and hope to get into some kind of regular posting routine soon. Until then, we hope you enjoy looking at lots of pictures. Actually the pictures are probably better because, as you know – each one is worth 1000 words – so this post is technically something like 14,000 words long. Sweet – now I don’t feel like a slacker at all. I’m actually an overachiever!

Anyway, please (try to) enjoy a photo tour of the official 2011 Hitched and Stitched Birthdays. (For those of you who don’t know, Randy and I were born exactly 7 days apart in the same year, so June includes a LOT of combined celebrating.) We’ve moved passed getting each other many traditional gifts on birthdays/anniversaries/Christmas in favor of a fun big purchase for both of us to enjoy or special trips/activities. We MUCH prefer this system. This year we decided to each plan a surprise day of fun for each other and we both ended up centering our activities around a theme all day. Without further ado, our birthday outings in 2 parts:

For Randy’s birthday we were sent on a scavenger hunt by Doc Brown who was inexplicably trapped without a flux capacitor in a year he couldn’t identify. He needed Randy to follow the clues he sent to deduce his whereabouts in time. Spoiler Alert: the year was 1979 (which coincidentally is the year Randy and I were born). The day included stops all over the tri-state accompanied by a soundtrack of Billboard Top 100 hits from 1979. Here’s a peek from the day: 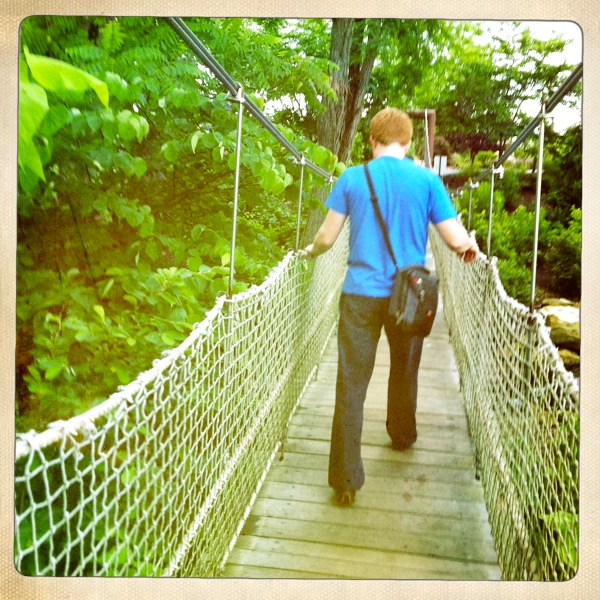 The overall theme for my birthday was “A Very Pinteresting Birthday” because I am supremely addicted to the website Pinterest – a kind of online bullitin board where you can “pin” and organizes images you like from anywhere online onto different boards you create. People use pinboards to plan their weddings, decorate their homes, and organize their favorite recipes. Also, it allows you to browse pinboards created by other friends and even other random people. Basically, its an internet black hole that sucks up WAY too much of my time (and even more now that I have the iPhone app). Randy realized it is also an excellent tool for figuring out what someone is interested in without having to ask them and spoil surprises. He created a pinboard on Pinterest just for my birthday that gave me clues as to what would be happening throughout the day.

The theme of our outing for the day was PIZZA CRAWL! Randy realizes that my first true love was pizza – and he knows how to use it to get straight to my heart. We sampled pizza from three different restaurants around the area and made local touristy stops between each to let the previous pizza digest a bit. Our favorite pizza was the Barbecue Chicken White Pizza from Mt. Adams Pizza and Deli, and our favorite stop was the Cincinnati Art Museum to see the Circus Poster exhibit. 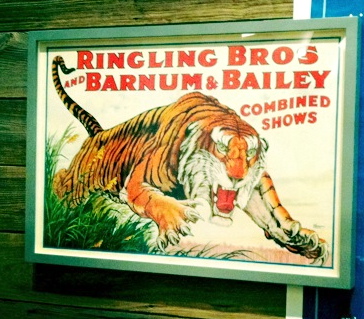 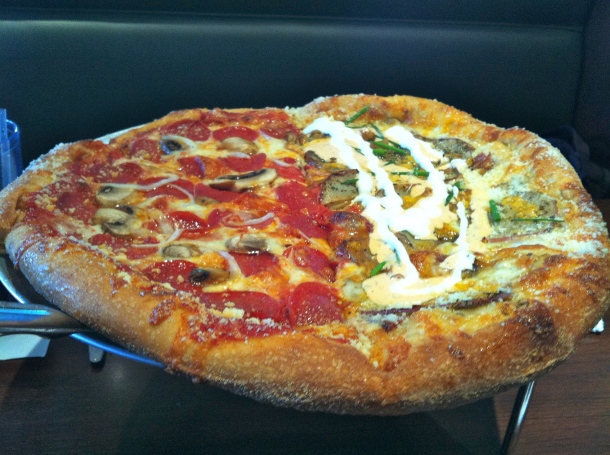 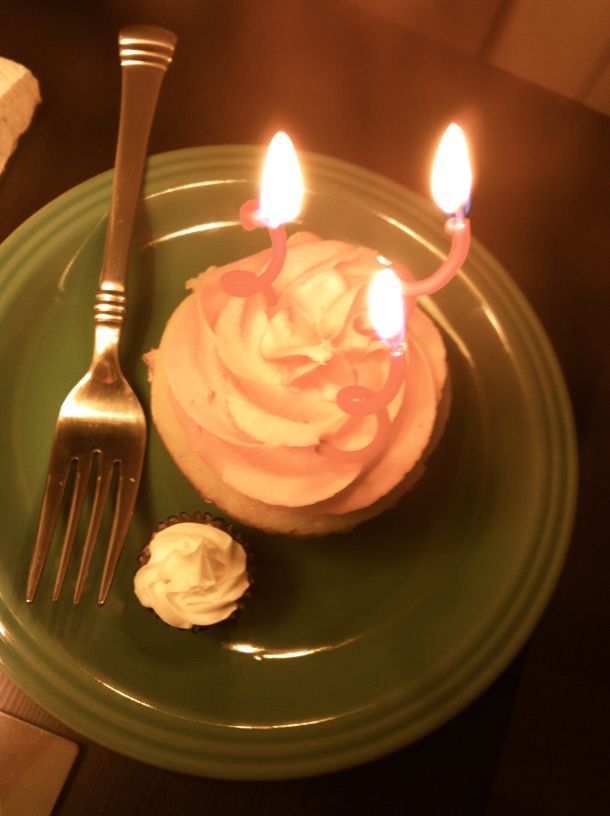 We have declared our birthday adventures raging successes and we loved the Pizza crawl idea so much that we want to plan all kinds of crawls. Ideas so far include: ice cream crawl, park crawl, museum crawl, Chinese food crawl. Stay tuned for more!

Remember how I said there were big changes in store for The Spotted Elephant? Its time to unveil some of them RIGHT NOW! I think I’m embarrassingly excited about this and I’m afraid I’ve built it up a bit too  much…. but its just nice to be excited about something again! And so, without further ado….

We’re Moving! And changing the name of the blog AND our business! Eep! Why would we do this? The main reason for the change is that we want to break into the Etsy world and, wouldn’t you know it – there are other Spotted Elephants out there. In fact, there is a Spotted Elephant Boutique which is doing lots of business selling (of course) baby and children’s items. And as much as we love the Elephant, we certainly can’t take over the world with a repeat name. At first, the idea of changing our name and identity was difficult to swallow – but the more we thought about it the more it made sense and began to sound like a great idea.

The Spotted Elephant started out as just my little blog in 2006 (and even that was originally called Zipperific for a short time) – a disjointed place where I occasionally wrote about random topics for the fun of it. Back then, I rarely even crafted and had just learned to knit. In 2009 I started using The Spotted Elephant as my business name for the custom crafts I would sell once in a blue moon. But so much has changed even since then. The most important change being the addition of Randy to the team. Of course he was always there for moral support, but in 2010 he became an integral part of the actual production team as well – knitting hats, piecing quilts, building display structures, designing our website, and plotting our eventual world take-over.

When I reflect on how much of a joint venture this is now, changing our name to reflect that seems like the only thing that makes sense. We have felt a sense of “us against the world” during certain times of turmoil that has bonded us even more closely than we already were (and we’re coming up on 18 years of bonding time – as we met 18 years ago come August – WOAH – typing that number has floored me a little.) And this time of reinventing our lives as solidly childless (for now) has caused us to want to loudly celebrate the things we do have going for us – the biggest, bestest of which, is our marriage/friendship/partnership. In other words, we love us. I know – we can be kind of unbearably happily-ever-after at times. But we feel like we’ve earned it and we’re going to publicly revel in it for a while (think of it as our version of a wallet full of photos of our kids).

So. Without FURTHER ado…. we are pleased to introduce…..

Get it? Because we’re hitched…..and we stitch. I guess it doesn’t really need that much explanation. 🙂

Hitched and Stitched will be our new business name (we will be converting The SpottedElephant.com to HitchedAndStitched.com) and the new name of the blog. From here on out, this blog is moving, and we’re tickled pink to invite you to drop in at our new address (if that’s not where you’re viewing us from already!):

More on why we decided to move from WordPress to Blogger in a later post. For now, bask with us in the glow of our shiny new space and get acquainted with the new surroundings. I’m sure that as we settle in we’ll do some rearranging and redecorating from time to time, but for the time being, we’re proud as can be of our new little home. Stop by and see us!

P.S.  I know you’re probably not worried at all about Sweet Pea (the Spotted Elephant), because unlike me you probably don’t anthropomorphize everything you come into contact with- but if you are worrying, don’t! Sweet Pea is not going to get left behind or forgotten (ohana). We’ve packed him up along with is peanut stash, and he’s moving with us and will still be a part of the parent “company” – probably as the mascot of  a future product line. Ha – don’t we sound fancy – product line!

Posted in Adventure. Bookmark the permalink. 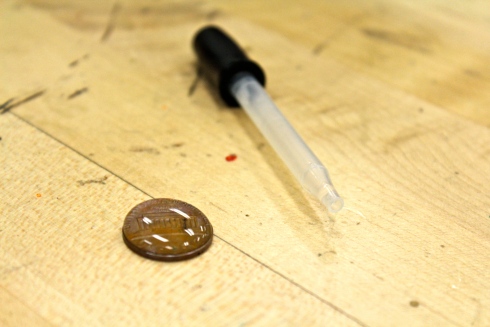 There’s nothing quite like life’s door slamming in your face to motivate you to make sweeping changes where you can. I’m sure its a control thing – trying to exert control over the details of life that I am still (to some extent) in charge of. So in that vein, I’m announcing some big changes for The Spotted Elephant – the blog and the business.

Well, kind of. There are big changes coming, and I am announcing that….but that’s all I’m saying for now. We aren’t quite ready to reveal everything yet – but we are super excited about them and wanted to give a couple hints. Hint: a name change is coming!  Another Hint: an Etsy shop is in the works! (BTW: I thought the cat was pretty well out of the bag about Etsy – what it is, etc., but I recently found out that my own sister had never heard of it. SO – if you are currently thinking “what’s an Etsy?” please click the link and check it out – amazing online handmade marketplace!)

*Picture above taken with my new Cannon Rebel T3i at Girl Scouts during our water experimentation day. Its a picture of change. Get it? 🙂

Muse came to town today and Randy and I were there to see them! 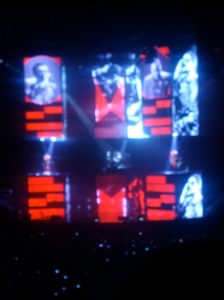 Posted in Adventure. Bookmark the permalink.

This is a picture of one of our college-student volunteers who gives up her time every week to work with girls.  She is trying to get in her car and leave after the school dismisses so that she can get to her next class on time.  She has a slight problem though, in that her car has been blocked by this empty car.  The car turns out to belong to a teacher at the school who is miffed because we parked in her assigned spot.  A teacher who refused to accept our apology or our explanation that we didn’t know the spots were assigned since there are no signs posted.  A teacher who begrudgingly moved her car only after we had been waiting for half an hour.  A teacher who believes in Coexisting enough to proudly display it on her car everywhere she goes in bumper sticker form, but not enough – it seems – to make any effort to peacefully coexist with actual people.  Maybe we caught her on one of her intolerant days… 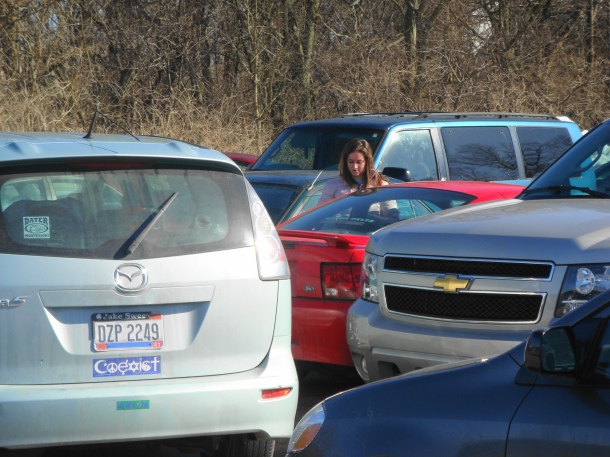 Today I got to wear the necklace Randy got me for Valentines day.  I love the shape of the beads, I love how green they are, and I love their cause.  They are made from recycled paper by Ugandan women who have HIV and the responsibility of caring for their own and orphaned children.  The money from the necklaces can pay for half a year school for one child, go towards food to help hungry children, and/or allow the purchase of medicine that can prevent a child’s death from disease such as malaria.  Definitely the best Valentine’s Day present I’ve ever received.